Why Everyone Loves Spain

How Ikea’s New Wireless Speaker Compares to the Sonos One

Why Everyone Loves Spain

I don’t know why, but on my very first day in Spain, I instantly felt home. This country stole my heart and I cannot wait to go back, this time for good.

Here are 37 things I love about Spain:

1. Barcelona! Barcelona is like no other city I’ve visited, beautiful like an old song, disturbing like a secret lover, mighty like a piece of art, and impossible to say goodby to. It gets under your skin and stays there.

2. Gaudi and his works, including the unbelievable Sagrada Familia and Park Güell, the architect’s gingerbread fairytale.

3. The language, which sounds like a romantic melody, and their funny expressions. Spanish is the second talked language on Earth after Chinese. It has many regional dialects and it’s one of the most phonetic languages in the world.

4. The spirit. When traveling to Spain I keep falling in love with the people’s warm hospitality, their idea of family, and the easy-going lifestyle.

5. The beaches. Who doesn’t love Spanish beaches? From the party-loving Playa d’en Bossa in Ibiza to Galicia’s spectacular As Catedrais, you’ll be spoilt for choice.

6. Andalusia, particularly Granada with its mighty Alhambra, romantic Seville, and the frozen-in-time Pueblos Blancos, but also  Marbella and its luxurious Puerto Banus. Women dancing flamenco, colorful dresses, flowers all over, and Spanish guitars.

7. The islands. Ibiza and Mallorca are, by far, my favorite Spanish islands. Nevertheless, Menorca and Formentera are delightfully quiet and unspoilt; the Canaries are incredibly unique, arty, and scenic; and Cies Islands, just off Galicia, feel like a slice of the Caribbean in the Med.

8. The traditions. Every town and city in Spain has its own festivals and traditions. I particularly love their Reyes Magos, La Diada de Sant Jordi in Catalonia, and the customs surrounding Semana Santa in Seville. The fact that Spaniards are always celebrating something is fascinating!

9. Madrid. Grandiose architecture, fantastic art, and an authentic, energetic vibe make Madrid one of my favorite capitals in Europe, and every time the plane leaves Barajas Airport, I feel a huge sadness deep inside.

10. Spanish football. Have you ever seen a game from the stands of Santiago Bernabeu or Camp Nou? This is indeed a unique experience, especially if you get the chance to catch the greatest derby in the history of football – FC Barcelona – Real Madrid, locally called El Clásico. 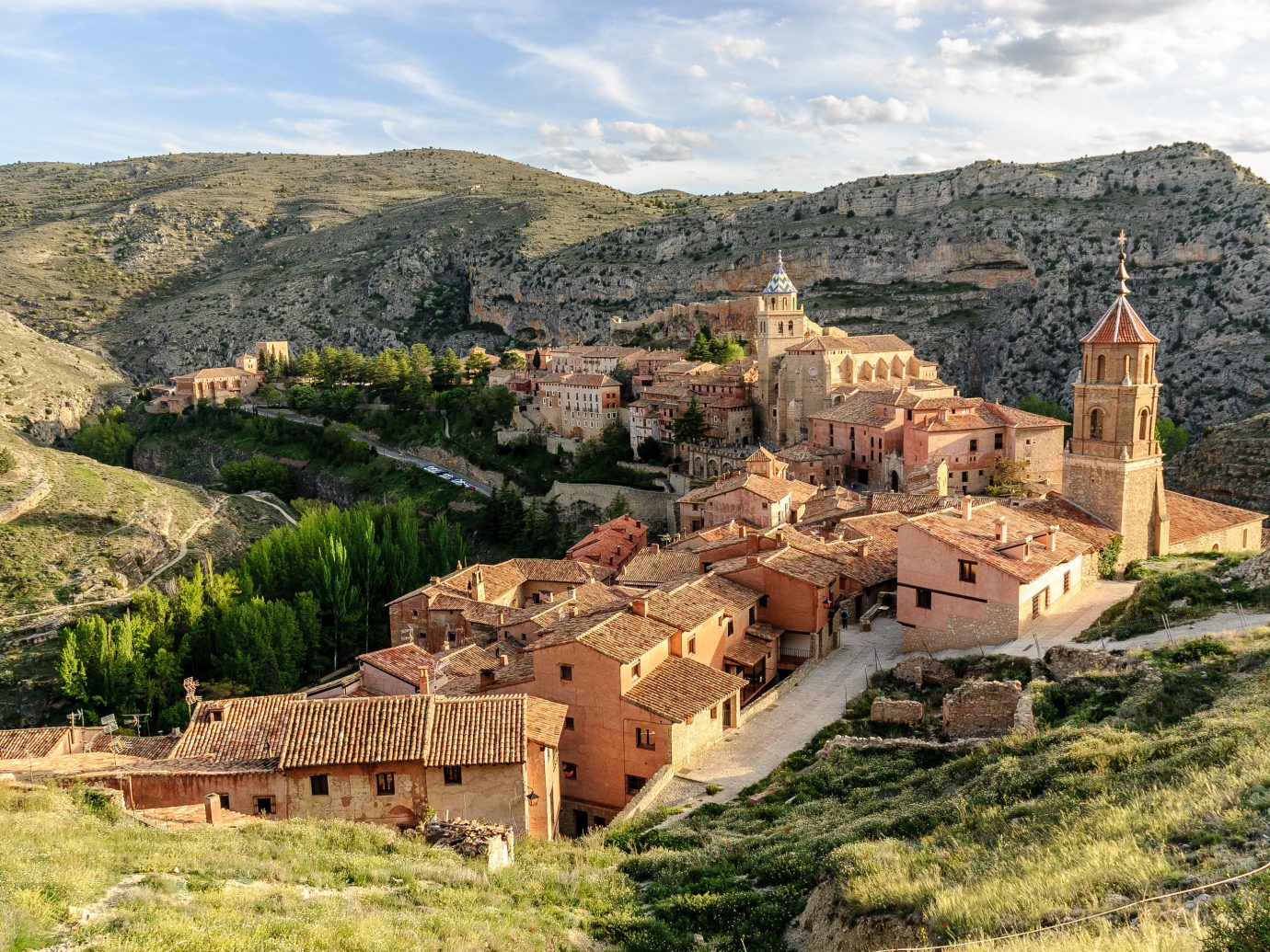 11. The villages. Full of life and often surrounded by beautiful scenery, Spanish villages look like they’re out of a postcard.

12. Shopping in Spain. I love to buy high-quality leather goods and pearls from Mallorca, where I always find them at affordable prices. Otherwise, I adore La Roca Village concept and the famous Spanish high-street brands: Zara, Mango, Bershka, Desigual, and Stradivarius.

14. The Spanish siesta. In the afternoon everything blacks out. Siesta is perhaps the most Spanish thing, after tapas and flamenco.

15. Flamenco, an Andalusian Gipsy sort of music, dance, and art. Undoubtedly, the most sensual and passionate tradition in Europe! 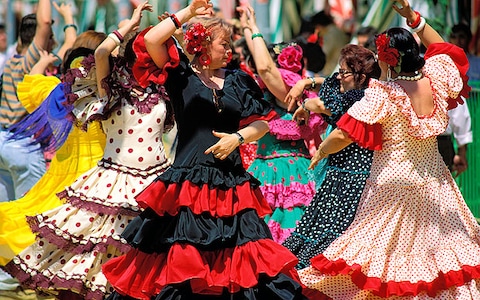 16. Tapas. First time I entered a bar in Spain, a waitress came to us, she took the order and brought us a bowl of marinated olives, French toast, and a delicious garlic cream, which turned to be the traditional Aioli. That was my first encounter with tapas and now we have a wonderful relation :).

17. Paella. The best way to eat it is probably between a glass of sangria and …another glass of the same sangria.

18. Sangria. Sweet and delectable, just like the country where it originates.

19. Rebaixes/Rebajas – the sales. Spanish people have a cult about sales. The first period starts at January 15 and ends at the end of February, and the second period takes place during the summer, from 15th of July until the end of August. Throughout the sales, people are coming from all over Europe and Morocco to buy clothes at very low prices. Believe it or not, discounts are sometimes up to 90%.

20. Spanish tourism. The fact that Spain is the second most visited country in the world after France doesn’t surprise me at all. Despite the wealth of attractions, this country really knows how to sell itself! 21. The climate. This is probably on top of my favorite Spanish things.  Mild winters, hot summers, some regions with 365 sunny days, snowfall in Madrid, eternal spring in the Canary Islands…. What could you want more? Weather in Spain is just perfect!

22. It’s easy on the pocket. With a budget of 50 euros in Spain you can buy food for the entire week, drink more than 20 beers, refresh your wardrobe with 20 new blouses on sales, or pay the entrance to the best club of the world.

23. Clara, the Spanish word for beer mixed with lemon soda or lemonade. Despite being one of the world’s top wine producers, in Spain everyone drinks beer, especially drought. They have two lovely customs when drinking beer: to mix it with fresh lemon juice and to always call for una mas which means one more. Also, you’ll always hear locals calling for una caña, meaning small draft beer.

24. Their strong sense of regional identity. In Spain, people born in a region are defined by its customs and traditions.

25. The Spanish Christmas Lottery, called El Gordo – the most famous lottery in the world. 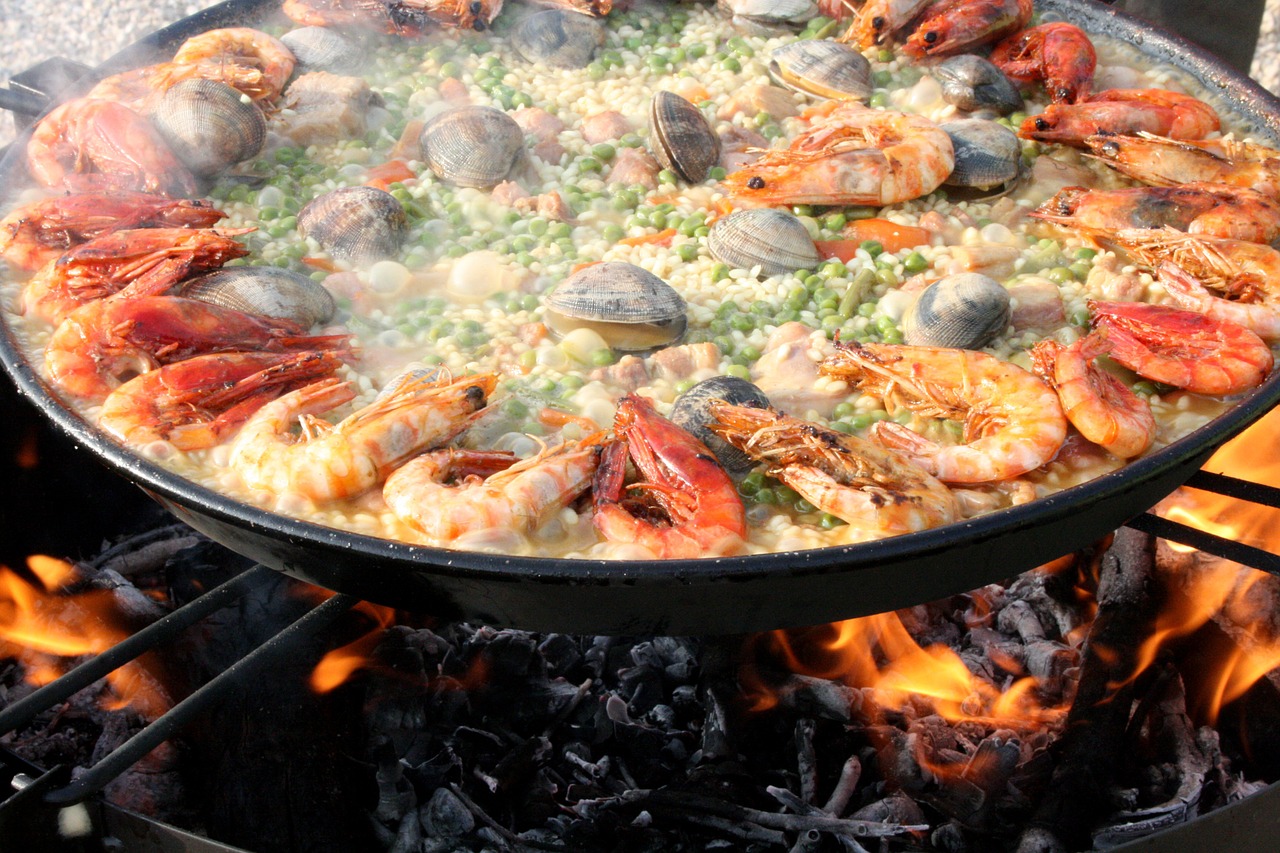 27. Crema Catalana. Similar to the French crème brûlée, this is my favorite Spanish dessert.

30. Spanish fiestas. Colorful, noisy, and effervescent, the country’s fiestas are an explosion of happiness. Every single day of the year, a fiesta takes place somewhere in Spain. 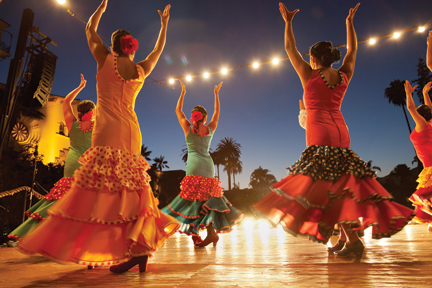 31. Spanish Cuisine, because it’s so delicious and diverse. Fresh seafood, real vegetables, a lot of quality meat, and always a big portion (sorry, France). Not to mention the highly regarded Mediterranean diet, which, for me, it’s reason enough to relocate there.

32. The adorable Spanish accent. Have you seen someone cuter than Penelope Cruz speaking English?

34. Spanish nightlife. There’s just something about nightlife in Spain that makes it so addictive. Sure, Ibiza’s mega clubs are awesome, but what really lifts my mood and makes me feel alive is the way elderly people mingle with teenagers in lively bars and how packed the streets at 5am.

35. The clubs and bars. Amnesia, Space, and Pacha in Ibiza; Seven in Marbella; Barcelona’s Buddha Bar and Icebarcelona – the only beach ice bar in the world….

36. The Spanish plazas. I’m irremediably in love with the monumental Plaza de Espana in Seville, Plaça Reial in Barcelona, the charming Plaza de los Naranjos in Marbella, and, of course, the splendid Plaza Mayor in Salamanca.

37. San Sebastian. Home to the postcard-perfect La Concha beach, handsome Belle Époque boulevards, and a constellation of Michelin-starred restaurants, this is, hands down, the most stylish city in Spain.

© Copyright All Right Reserved.Theme: News One by Canyon Themes